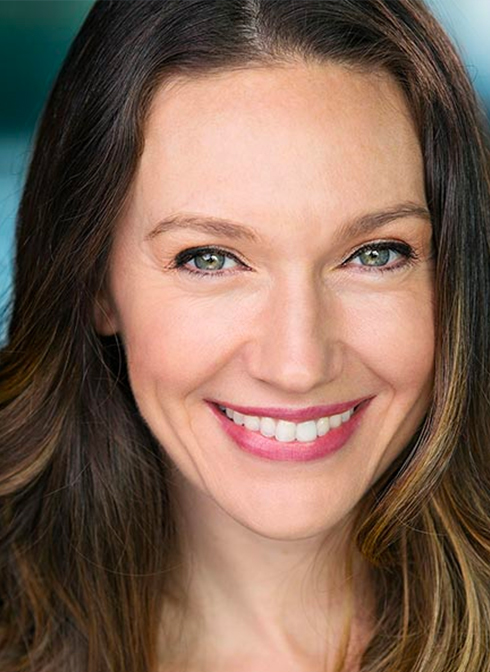 Sarah Lowe is an actress, comedian, writer, and choreographer. A veteran theater actor, and third generation "show biz" (Her grandmother was Ruby Keeler!) Sarah was most recently in the hit show JERSEY BOYS and can be seen opposite Julianne Moore in the film GLORIA BELL.

Some of her favorite credits include BRIDESMAIDS, CRAZY EX-GIRLFRIEND, A CHRISTMAS STORY, LIVE! on FOX, MAMMA MIA, and 42ND STREET as Peggy Sawyer, for obvious reasons. Sarah is also known for being one third of the critically acclaimed comedy trio, THE APPLE SISTERS (ECNY Best Musical Act, NYIT Outstanding Original Music). As a choreographer, her work was recently seen on the 2018 and 2019 GENERAL HOSPITAL Nurses Ball and assisted Kathryn Burns for the CW's hit show, CRAZY EX GIRLFRIEND.

She has also choreographed for AMERICA'S GOT TALENT, DAYS OF OUR LIVES and multiple youtube video’s for sketch comedy groups including her own group The Apple Sisters. Sarah also will sing Proud Mary at any open mic or karaoke or place that will allow her. You have been warned.